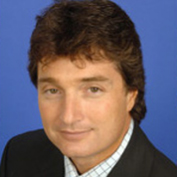 Dr. Peter Grossman returned to Los Angeles in 1995 and began practice with his father at what has become the Grossman Medical Group. He is the Medical Director of the Grossman Burn Center at West Hills Hospital and currently serves as Chair of American Burn Association’s Region 9, which includes California, Oregon, Washington, and Hawaii, and in 2001 was appointed as an expert reviewer by the Medical Board of California.​ 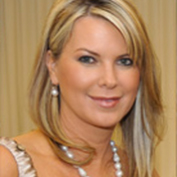 Rebecca Gray Grossman has worked extensively in the healthcare field for over two decades as a researcher, journalist, and marketing executive. She owned and operated a medical marketing business, Medi-Marketing and Associates, and later founded Advanced Laser Specialist, Inc. In 1997 the company merged with Physiologic Reps, Inc. in Glendale, California where she was appointed Director of Marketing and focused on marketing strategies and corporate profile development. After marrying respected, Plastic and Reconstructive Surgeon, Dr. Peter Grossman of The Grossman Burn Center she realized a need for the public to have access to the latest medical research and treatments, in turn, centering on her career as a journalist. Rebecca was a guest host with news anchor Ellen Leyva on a weekly morning news segment entitled, “Stop The Clock” for ABC7 Eyewitness News in Los Angeles. The segment focused on breakthroughs in the field of anti-aging medicine. In 2002, Rebecca and Peter became the legal guardians for a young girl named Zubaida Hasan who was a burn patient from Afghanistan. Zubaida became like a daughter to the Grossman’s and her story was featured on several television shows including The Oprah Show, ABC Primetime, and Good Morning America, in turn, a book was published about the young girl and her journey to recovery with the Grossman family entitled “Tiny Dancer” published by St. Martins Press. Dr. Peter Grossman performed over thirteen reconstructive surgeries while Zubaida lived with them. After learning of the trials and tribulations of loving a young burn survivor, the Grossman’s formed The Grossman Burn Foundation.
​
Rebecca took on the position as Chair of The Grossman Burn Foundation (GBF) in 2006. GBF is a 501 (c) (3) nonprofit organization and signature projects include helping to open the first highly specialized reconstructive surgery and burn center in Kabul, Afghanistan, publishing a Humanitarian Assistance manual for worldwide distribution, developing a Triage Training Program for physicians in developing countries and Project Faith, an ongoing program to support the needs of burn survivors as well as their Stop Violence Against Women globally campaign. Faith Wanjugo, the inspiration behind the Project Faith program and was one of the patients GBF brought here from Kenya, Africa for reconstructive surgery after suffering a severe burn injury.
​
Rebecca and Peter have two children (eleven and thirteen years old) and reside outside of Los Angeles, California. They are both involved with a number of charitable organizations. In 2003, they received the Baha’i Human Rights Award and in 2007 The American Heart Association honored Rebecca as their Woman Of The Year at the annual Go Red For Women event. In 2009, The Bayat Foundation honored Rebecca and Peter with the Humanitarian and Leadership Engagement Award in Washington D.C. and In August 2010, Rebecca was honored for her humanitarian work at the first annual fearless woman day luncheon benefitting the Anne Douglas Center for Women at the Los Angeles Mission. in 2015 The Concern Foundation chose Rebecca and Peter for their annual Humanitarian and Community Leaders Award and in 2017 the Haven Hills Foundation honored the couple for their commitment to the prevention of domestic violence. Both are active members of the U.S. Afghan Women’s Council working closely with Vice Chair Laura Bush.

Rebecca is the Publisher and Editor In Chief of Westlake Magazine (founded in 1992), West Luxury Magazine and Paragon Healthy Lifestyles Magazine, premier west coast luxury publications. She is the CEO of Powerhouse Lux Media, Inc. and DITL (Day In The Life) Apps, a cutting-edge mobile application development company. Rebecca’s passion for educating the public on ways to live better, healthier and longer is the driving force behind her latest business venture, Paragon Societies, Inc., the development of communities around the world that embrace a seven-step blueprint for living longer. 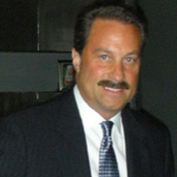 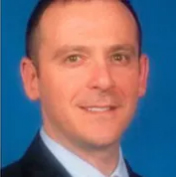 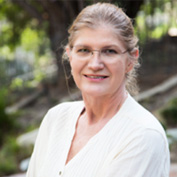 Renowned surgeon and urogynecologist Dr. Sherry Thomas, MD, MPH, FACOG, has been at the forefront of advancing women’s medicine and healthcare for over two decades.

Double board certified in Obstetrics and Gynecology and Female Pelvic Medicine and Reconstructive Surgery, she is one of the first women in the United States to ever receive fellowship training in female pelvic medicine and reconstructive surgery and was among the first to be board certified when the discipline became an official medical subspecialty in 2013. Dr. Thomas additionally holds a Master of Public Health degree from UCLA Medical Center.

Driven by a passion to improve women’s lives, Dr. Thomas is on the cutting-edge of technology and other treatment innovations. She is one of only a handful of surgeons in Southern CA, who is certified to perform gynecological procedures with the revolutionary da Vinci Surgery System. Additionally, she is a pioneer in utilizing both laser and radiofrequency procedures for the treatment of vaginal laxity and atrophy (also called genitourinary syndrome of menopause (GSM), and instructs other physicians in performing these treatments.